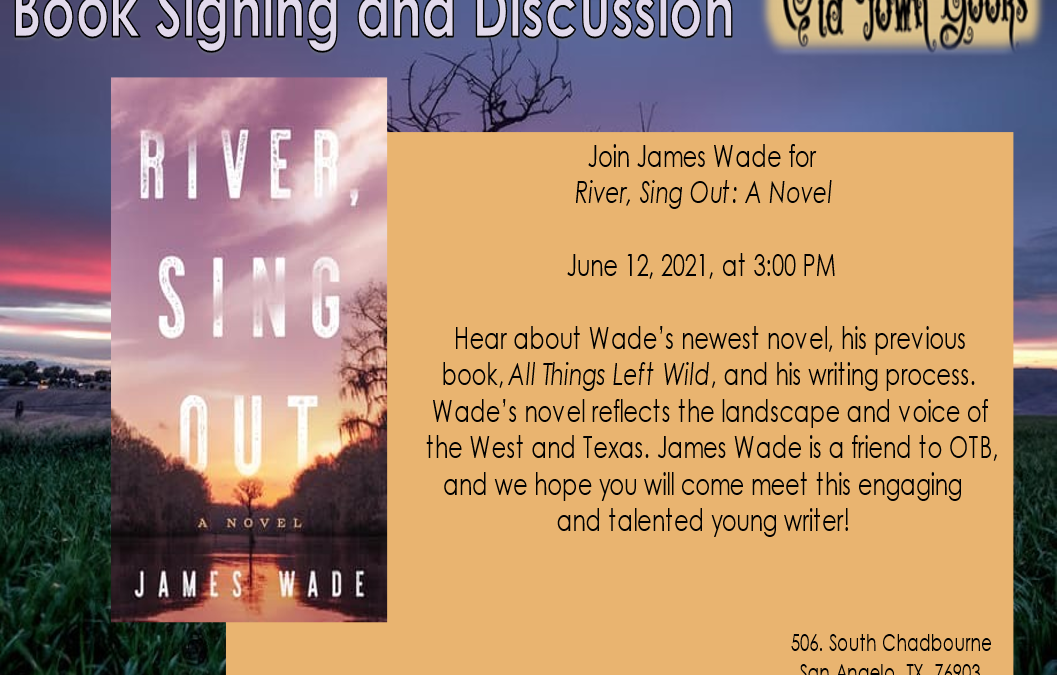 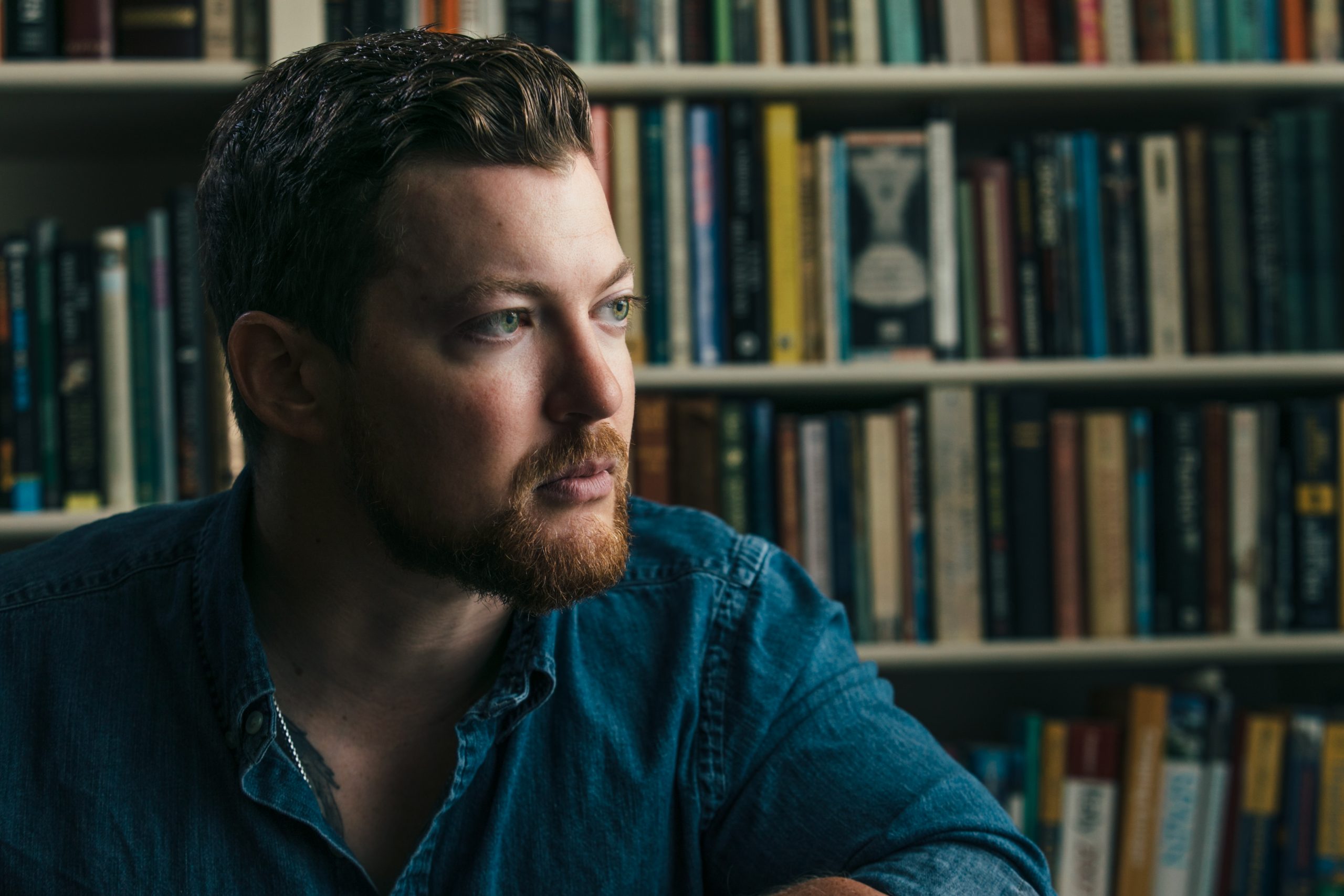 We are so excited to not only be back for book signings and author events, but to be welcoming one of our favorite Texas authors and friends to OTB, James Wade!
Hear about Wade’s newest novel, River, Sing Out, his previous book, All Things Left Wild, and his writing process. Wade’s novel reflects the landscape and voice of the West and Texas. James Wade is a friend to OTB, and we hope you will come meet this engaging and talented young writer!
This event will take place on Saturday, June 12th, from 3 to 5 PM. We will have plenty of copies of both of James’s books to purchase and have signed. We hope to see you all there! We absolutely can’t wait!
James Wade is a Spur Award and Reading the West Award-Winning author living and writing in the Texas Hill Country.
RIVER, SING OUT
by James Wade
Blackstone Publishing
315 pages; available in hardcover, audio book, and eBook
June 8, 2021
Attempting to escape his abusive father and generations of cyclical poverty, young Jonah Hargrove joins the mysterious River — a teenage girl carrying thousands of dollars in stolen meth — and embarks on a southern gothic odyssey through the East Texas river bottoms.
They are pursued by local drug kingpin, John Curtis, and his murderous enforcer, Dakota Cade, with whom River was romantically involved. But Cade and Curtis have their own enemies, as their relationship with the cartel controlling their meth supply begins to sour.
Keeping tabs on everyone is The Thin Man, a silent assassin who values consequence over mercy.
Each person is keeping secrets from the others — deadly secrets that will be exposed in savage fashion as their final paths collide and all are forced to come to terms with their choices, their circumstances, and their own definition of God.
With a colorful cast of supporting characters and an unflinching violence juxtaposed against lyrical prose, River, Sing Out dives deep into a sinister and sanguinary world, where oppressive poverty is pitted against the need to believe in something greater than the self.