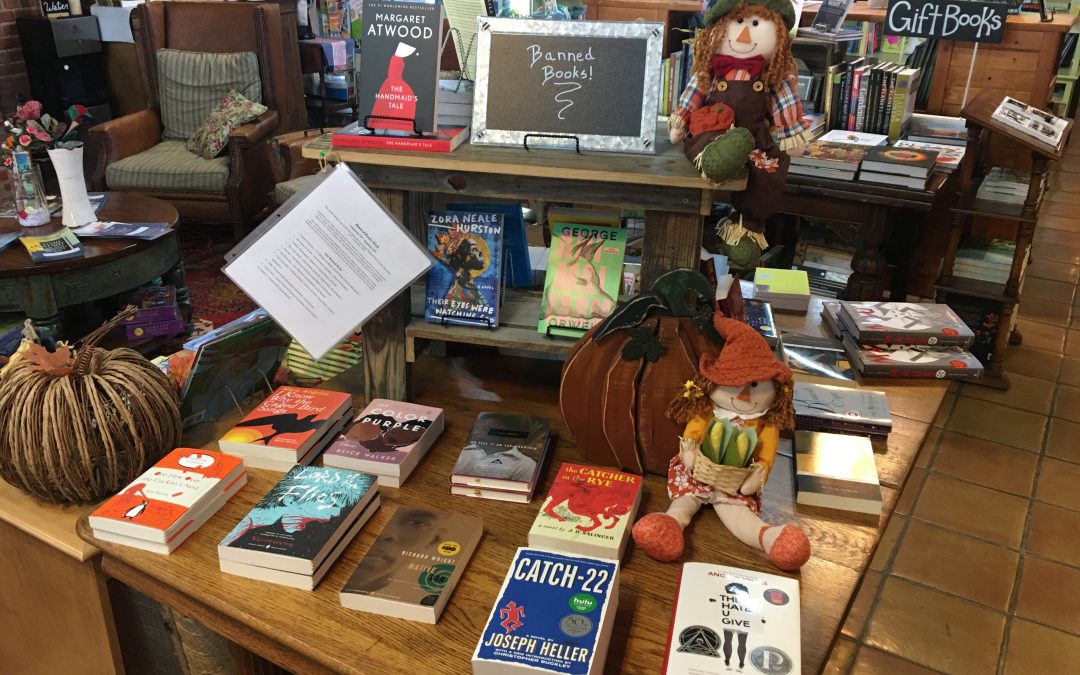 This month features one of our most important promotions, Banned Books Week (September 18th—September 24th).

Launching in the 1980’s, and as a result of the Supreme Court case, Island Trees School District v. Pico, which declared school officials cannot ban books in libraries based on content alone, Banned Books Week celebrates the right and freedom to read books devoid of censorship.

Our collection includes classics banned as early as the 1800s to works banned in just recent years. You will be surprised to find some of your favorite literary works that have been on the banned list, and you may be even more surprised to see why they were banned in the first place.